The Leprosy colony at Ago-Ireti in Ondo State has commended the National Association of Seadogs (Pyrates Confraternity) EL-PASO SS Deck (Ekiti/Ondo chapter) for the payment of the National Examination Council (NECO) fees for four children of people living with leprosy.

The Community Secretary, Mr Tunji Oluwatimilehi, who spoke on behalf of the parents, commended the association for the kind gesture noting that it has brought huge relief to the parents.

“Where are we going to see the sum of N22, 350, if not for Seadogs’ intervention? This has brought relief to us as parents, and we will be grateful if people can emulate the God-fearing people that followed the words of Christ that “be your brother’s keeper”.

We cannot reward them but we know that God will reward them, and we pray that whoever helps should be rewarded in billion-folds,” he said.

One of the beneficiaries, Mr Olojo Ibidapo, who also appreciated the association, promised to come out in flying colours in the examination.

“I am very happy now. Before, I was thinking that I would not be able to sit for the exams due to the financial problem of my father, being a person with leprosy, but with this gesture I can pay and sit for the exams.

The Deck Capoon, Mr Chinazom Nwankpa said the gesture was part of the efforts of the association to support vulnerable people in the society.

Nwankpa, who disclosed that the project was in collaboration with its South African Chapter, Okavango Deck, called on government, religious leaders, civil organisations and philanthropists to support people living with disability.

“During our visit here in December 2021 when we gave them some food items, we found out that four of the children would be sitting for NECO exams and there is no way they could pay the fees.

We believe that the mind of kindness doesn’t only provide for less-privileged in society but also to lift their spirits and make them understand that people out there care for them.

“So, we have returned to the Ago-Ireti Leprosy Community today to keep to the promise we made with them in December 2021. Today, we gave them a cheque of N90, 000 to cover the payment of the NECO fees for the four children.

“This is part of what we do as a group to make sure that the weak in the society are taken care of, and we believe that the strong should take care of the weak and not the other way round or to oppress them,” Nwankpa said.

He appealed to the state government to ensure regular payment of the N10, 000 monthly stipends to the people with leprosy. 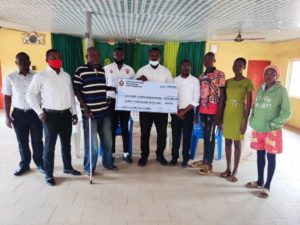 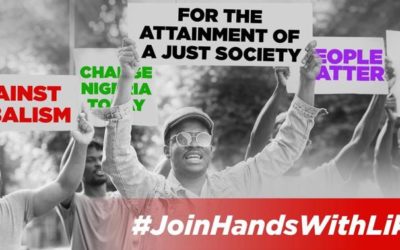 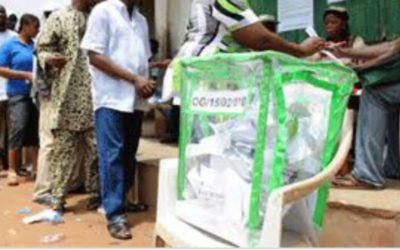