On Monday November 15 2021, the Justice Doris Okuwobi led Lagos State Judicial Panel of Inquiry on Restitution for Victims of Special Anti-Robbery Squad (SARS) Related Abuses and other matters turned in its report on the events surrounding the #EndSARS protests of October 2020.
Of particular interest was the report on the incident of October 20, of the same year, at the Lekki tollgate where innocent, harmless young Nigerians protesting police brutality by waving Nigerian flags and singing the National Anthem were killed in cold blood in a hail of bullets fired by the Nigerian Army and the Nigerian Police Force.For over a year after that sordid event at the Lekki tollgate, the Federal Government of Nigeria had lived in denial, consistently claiming shamefully that nobody died in the incident. The Minister of Information and Culture, Alhaji Lai Muhammed, in cahoots with other top government officials and their cheerleaders on social media, gave false narratives and tried unsuccessfully to bury the truth. They derided global organisations like Amnesty International for speaking the truth, wrote a letter to Cable News Network (CNN) accusing them of inciting and sensational reporting capable of setting the country on fire. The Federal Government even went as far as attempting to bully the local media through draconian tactics spearheaded by the National Broadcasting Commission (NBC), and international media outlets threatening lawsuits.
However, the Justice Okuwobi led panel report has unmasked the truth. Extract of the leaked report is instructive. It stated inter alia that “officers of the Nigerian Army shot, injured and killed unnamed helpless and defenceless protesters, without provocation or justification, while they were waving the Nigerian Flag and singing the National Anthem and the manner of assault and killing could in the context be described as a massacre”.

The report went further to reveal how personnel of the Nigeria Police Force “shot at, assaulted and battered unarmed protesters, which led to injuries and deaths.” It also identified victims of this state sponsored mass murder, unveiled those who participated in the massacre and those who desperately attempted to tamper with evidence to hide the truth.
The National Association of Seadogs (Pyrates Confraternity) commends Justice Doris Okuwobi and members of her panel which included Ebun Adegboruwa(SAN), Patience Udoh, Taiwo Lakanu (retired DIG), Segun Awosanya, Olutoyin Odusanya, Lucus Koyejo, Babajide Boye and Oluwaseun Majekodumi, for their bravery in delivering on their terms of reference. We congratulate the panel for its uncompromising stance on the side of justice to uncover the truth for prosperity without fear or favour.

Though indicted by the report for inviting the Army, we acknowledge the courage of the Lagos State Governor, Babajide Sanwo-Olu in summoning the political will to constitute the committee, and resisting the temptation to tamper with its independence. Lagos State, being the epicentre of the #EndSARs protests have shown determination and commitment in seeking the truth. We expect the same level of independence for the four-man committee led by the Attorney-General of Lagos State, Mr Moyosore Onigbanjo SAN, tasked with the important task of producing the White Paper. Mr Sanwo-Olu should stand firm and ensure the White Paper is a true reflection of the recommendations of the panel’s report.

Without prejudice to the White paper being expected, the Justice Okuwobi report has thrown up crucial issues of justice that demand immediate action to serve as deterrence against those that might be inclined to carry out such reprehensible actions in future.
Undeniably, all the personnel of the Nigerian Army and the Nigerian Police Force that participated in this massacre, including those who gave the order in the shooting of harmless Nigerians youths, should be identified, arrested and made to face prosecution for murder and disregarding the rules of engagement in such conflict situation.
Regrettably, the Nigerian Army is yet to come to terms with the ignoble role of it’s men in the Lekki tollgate massacre. The Chief of Defence Staff (CDS), General Lucky Irabor in his first statement after the release of the panel report was quoted when fielding questions from journalists in Benin, Edo State on Tuesday November 16, as defending the armed forces that they do not engage in dishonourable acts. Irabor’s statement against the backdrop of the panel’s report is saddening, highly provocative and insensitive. He should be bothered that under his watch, men of the Nigerian Army opened fire on a peaceful assembly of Nigerian youths and thereafter disgracefully attempted to cover-up.
Equally up for reprimand is the management of Lekki Concession Company (LCC) indicted for tampering with evidence. According to the panel “LCC hampered the panel’s investigation by refusing to turn over some useful and vital information/evidence as requested by the panel and the forensic expert engaged by the panel, even where such information and evidence was by the company’s admission available”. Clearly this is obstruction of justice. This conduct is criminal and punishable under the criminal code of Lagos State. The management of LCC must be made to face prosecution.

For consistently lying about the events of the Lekki tollgate shooting, the Federal Government must tender an unreserved apology to Nigerians. President Muhammadu Buhari should be sober enough to admit that as the Commander-in-Chief of the armed forces, his administration failed innocent young Nigerians when they were mowed down by bullets bought with taxpayers’ money at the Lekki tollgate on that Black October, and other killings across the state during the protest. He should accept responsibility and ensure adequate compensation is paid to all the victims identified. This is the only way for true reconciliation and restitution to begin. And more importantly the turning point to put an end to the appalling actions and impunity of Nigeria’s security agencies against the citizens.

Like we pointed out in our earlier press statements, the #EndSARS protests represent a watershed socio-political event in the country which the government would ignore at its own peril. The government must take adequate steps to resolve all outstanding issues that triggered the protests. The best way to achieve this is for the National Economic Council (NEC) to ensure reports from other states are made public and those recommended for prosecution are made to have their day in Court.

We have noted repeatedly that President Buhari’s administration, by its actions and inactions, is notoriously known to be in bed with impunity. The Justice Okuwobi’s Panel report presents it with another opportunity to redeem itself. 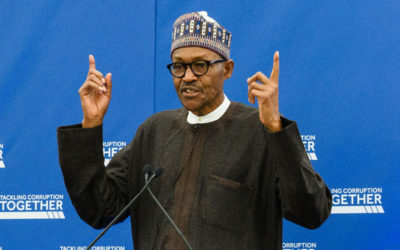 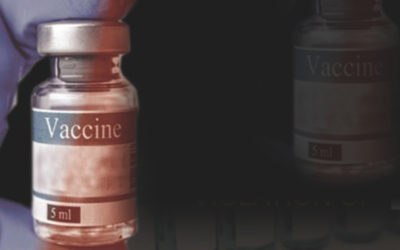