The recent revelation by the All Progressive Congress (APC) Chairman of Ward 6 in Ika South Local Government Area of Delta State, Mr Nduka Erikpume indicating that the Governor of Central Bank of Nigeria (CBN), Mr Godwin Emefiele is a member of the ruling APC is deeply troubling.

According to Erikpume, the CBN Governor had, reportedly, registered as a card-carrying member of APC since February 2021.  Emefiele has not refuted this assertion but instead went ahead with embarrassing legal shenanigans to confirm the disturbing revelation via his short-lived presidential ambition.

The National Association of Seadogs (Pyrates Confraternity) recognizes the inalienable constitutional right of Mr Emefiele to aspire to any political office under any political platform of his choice.  However, it must amount to a serious breach that the head of Nigeria’s apex bank with the strategic responsibilities placed on his shoulder would be a card carrying member of a political party, and unabashedly wave the same at the collective faces of a bemused citizenry.

Section 1 (3) of the CBN Act stipulates that: “In order to facilitate the achievement of its mandate under this Act and the Banks and Other Financial Institutions Act, and in line with the objective of promoting stability and continuity in economic management, the Bank shall be an independent  body in the discharge of its functions.”

Section 9 of the same Act holds that: “The Governor and Deputy Governors shall devote the whole of their time to the service of the bank and while holding office shall not engage in any full time or part-time employment or any vocation whether remunerated or not expect such personal or charitable causes as may be determined by the board and which do not conflict with or detract from their full time duties.”

CBN’s statutory functions include among others ensuring monetary and price stability, promoting and regulating a sound financial system in Nigeria and providing economic and financial advice to the Federal Government. The framers of the CBN Act, aware of the expected crucial role of the bank, had carefully inserted provisions to insulate the Bank from the murky waters of politics and protect it from undue external political interference or even the suspicion of the same.

As part of measures to safeguard its independence, there are sufficient provisions in the CBN Act which gives the bank ample leeway to take economic and financial decisions in national interest whilst protecting the Governor of the bank from being victimised or removed by an errant political leadership.

Mr Emefiele’s involvement in partisan politics as a card carrying member of APC, therefore, is a violation of the CBN Act. The CBN Governor’s political partisanship severely undermines the independence of the bank, erodes its neutrality and compromises its functions, some which may be against the interests of his political party. Emefiele’s  membership of APC is an anathema; a blatant repudiation of his oath of office and harbours injurious consequences for Nigeria’s economic well being.

For an economy that has been tottering for the past seven years, battered by failed monetary and fiscal policies, bogged down by unprecedented policy somersaults, and literally begging for unearned confidence from the International market, Emefiele’s membership of the ruling APC government further threatens the credibility of the CBN to make sound financial decision in national interest.  Indeed, there are justifiable claims from experts linking the financial recklessness of the Federal Government (worsened by obscene loan acquisitions), to the inability of the Central Bank to call the executive arm to order, as its Governor has all but surrendered the independence of the bank to the ruling party.

A grave implication of Emefiele’s membership of APC is its morbid effect on public trust in the 2023 general elections.  Over the years there has been a strategic partnership between the Independent National Electoral Commission (INEC) and CBN, with the former relying on the impartiality and integrity of the latter in warehousing sensitive electoral materials, like ballot papers and results sheets, in its custody.  Emefiele’s brazen and irresponsible partisan political disposition seriously puts that vital partnership in jeopardy.

INEC through its Chairman, Prof Mahmood Yakubu had allayed heightened fears about the credibility of the electoral process, announcing that the electoral commission would review its relationship with CBN if the situation warrants it. This notwithstanding, and understandably too, opposition parties and civil society groups have mounted strident calls for an immediate review of the INEC/CBN relationship as it relates to the safe keeping of electoral materials.

Nigeria’s electoral process is desperate for redemption in 2023, as INEC, the electoral umpire, has invested significant effort in striving to convince Nigerians of its ability to conduct credible elections. INEC, and definitely Nigeria, cannot afford any development that taints the electoral process. Beyond doubt, Emefiele’s membership of APC, which has come to the fore,  already puts a huge question mark on the integrity of the 2023 elections. His continued stay in office amounts to impunity taken too far. He is no longer fit to occupy the highly exalted position of Governor of the Central Bank of Nigeria.  It is time for President Muhammadu Buhari to ask him to go home. This will be a wise and patriotic action for the sake of Nigeria and its democracy. 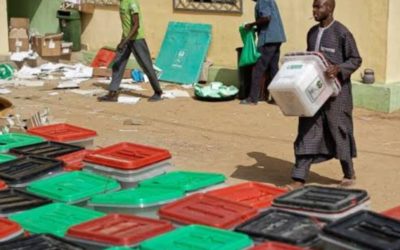 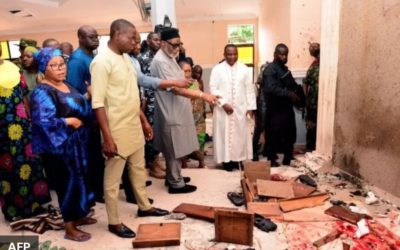 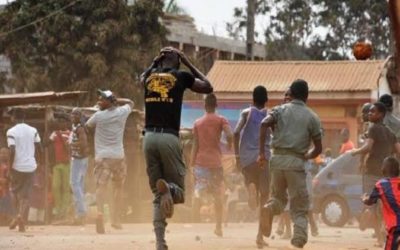