NAS Charity Red Ball is an annual event organized by National Association of Seadogs to raise funds for humanitarian causes, taking into consideration the prevalent issues of society at the time. The event is also used to showcase previous NAS charity endeavors and present roadmaps for future events.

The event is usually hosted by a celebrity guest and takes place on the evening after the Wole Soyinka Annual Lecture. It is formal with a banquet, live music, games and a raffle draw. Tickets are sold for the event and the proceeds are channeled towards the cause(s) it is dedicated to.

The 2013 event, the third in the series, focused on the issue of Street Children and the difference education can make. The Celebrity Guest was Nollywood actor and star, Sam Dede. Awareness and support was raised for street children NGO Child Life Line, Lagos. It raised funds that was used to set up a fully equipped library for the National Agency for the Prohibition of Trafficking in Persons (NAPTIP) Uyo Centre. The library is for the use of children rescued from trafficking. The event also funded to purchase and donation of an 18 seater bus, mattereses and industrial gas cooker for the Child Life Line, Ibeshe, Lagos. (www.childlifeline.org)

This was followed up with a workshop in November at Abuja where the Country Director of Action Aid, Hussaini Abdu discussed Abuja "Taking the Nigerian Child off the Streets: The Impact of Corruption on Achieving Universal Primary Education”.

Funds raised from these events also went towards the Give A Future Project which is a Play & Reading Initiative through which creative play and reading rooms have been setup for Orosanya Orphanage, Benin, Edo State and St Anne’s Catholic Orphanage in Warri, Delta State. A fully equipped library project for the Street Children Care and Welfare Initiative, Yaba was built and commissioned in February 2015.

2016 Red Ball, the 6th in the series, will focus on Mental Health. Mind UK Charity is the proposed charity that the event will be supporting. 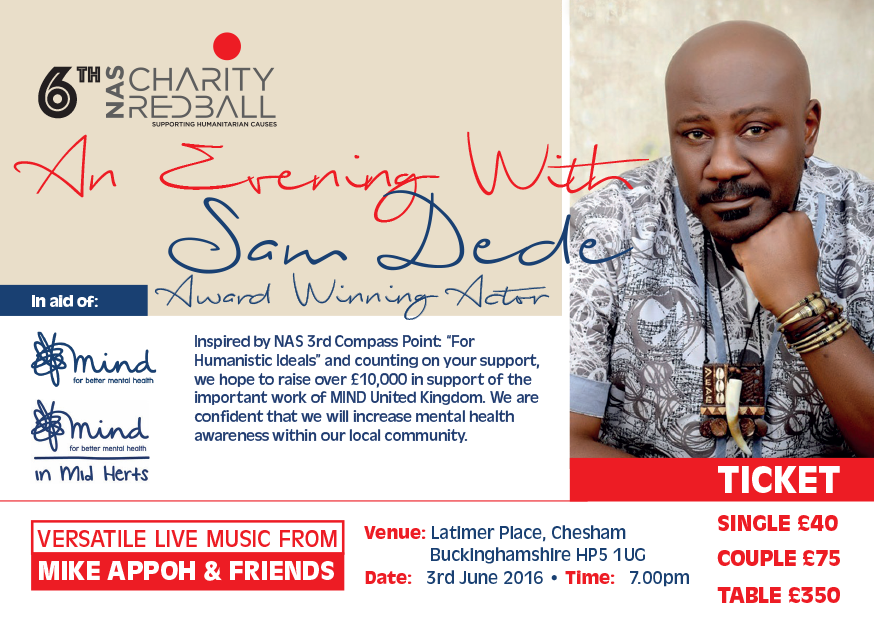 The 7th Red Ball will be slightly different as we intend to focus on consolidating our internal capacity to pursue and achieve our numerous charity goals.

For info on NICE Red Ball and some of the Street Child projects the Red Ball has funded, please visit: NAS Street Child Project on Facebook 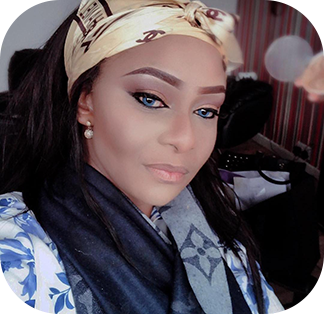 The theme for the 8th NAS Red Ball is “In Support of Mustard Tree - Tackling Poverty and Homelessness”.
The idea behind the theme is to create, direct and raise funds for the nominated charity.

Mustard Tree is a charity organisation that has been in existence for over 25 years with lots of experience in helping and supporting people across Greater Manchester region faced with poverty and homelessness.
More details on what they do and who they are can be found on their website www.mustardtree.org.uk

The NAS Red Ball is on Friday, May 31st at the Copthorne Hotel, starting at 7PM with guest celebrity artist, Victoria Inyama,  the multi- awarded Nigerian movie (Nollywood) actress.