Nigeria must not die under your watch

We write to you as members of the National Association of Seadogs (Pyrates Confraternity), an international social advocacy and human rights organisation founded in 1952.

Nigerians have been bewildered by some of the contents of the latest handbook of the National Youth Service Corps (NYSC), christened: “Security Awareness and Education Handbook for Corps Members and Staff”. On page 56 of the handbook, corps members and staff were advised to, when travelling on “high-risk roads such as Abuja-Kaduna, Lokoja-Okene, or Aba-Port Harcourt Roads”, alert family members, friends and colleagues in order to have someone on hand to pay ransom that could be demanded in the event of abduction. 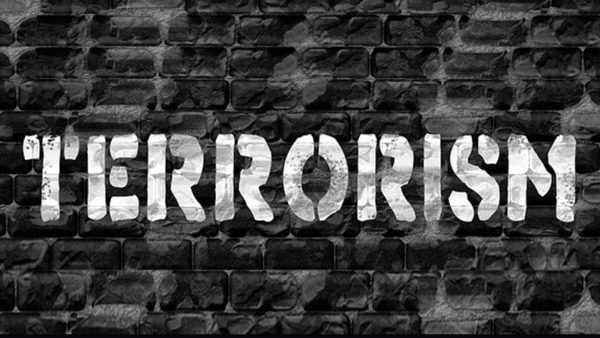 Federal Government must rethink its tepid war on terrorism

On Saturday September 11, terrorists yet again breached the security of a military facility, this time, the Forward Operating Base (FOB), Mutumji, Dansadau Local Government Area of Zamfara State. No fewer than 12 officers were feared dead in the attack. The attack at Mutumji is coming few weeks after terrorists attacked Nigeria’s elite military training institution, Nigeria Defence Academy (NDA), Afaka campus, Kaduna State and killed two officers, Lt- Commander Wulah and Flt- Lt Okoronkwo, while Major Christopher Datong was abducted. It has been over two weeks since Major Datong was abducted and the terrorists holding on to him have reportedly demanded a ransom payment from the military to release him.

Governor Ortom while answering questions on moves by the Federal Government to reactivate the colonial-era grazing routes and reserves, made very specific allegations against the President Muhammadu Buhari-led Federal Government for indulging Fulani herdsmen and condoning their unrestrained killing of other Nigerians. He voiced his opposition to the policy and declared that he would not hesitate to approach the Courts to challenge the Federal government if it insisted on creating grazing routes in Benue State.

The ongoing industrial action by the National Association of Resident Doctors (NARD) was clearly avoidable and most regrettable. According to the leadership of the association, it took the union 113 days of cold shoulder treatment and no sign of seriousness by the Federal Government to honour the Memorandum of Agreement (MOA), signed in April, 2021 before the association was forced to withdraw its members’ services.

Carnage at Rukuba - Another saga of Impunity

On Saturday, 14th August, 2021, Muslim pilgrims from Ondo State were attacked by armed men at Rukuba Road, Off Gada-Biyu in Jos North Local Government Area of Plateau State. Twenty-two of these innocent travellers were reportedly killed, 14 were injured and many are still missing in this unexplained attack. Eye-witness accounts indicate that they were waylaid, forced to disembark from their buses and then massacred in a most brutal manner.

NBC’s Bullying of the Media is Unacceptable

The National Broadcasting Commission (NBC) has launched yet another blatant assault on press freedom as part of a series of attempts to gag the Nigerian Media. The regulatory body had in a letter titled: “Newspaper Reviews and Current Affairs Programme”, ordered Radio and Television stations not to “divulge” details of bandits, kidnappers, and terrorists during daily Newspaper Reviews.

Democracy, And The National Assembly’s Perfidy

Ordinarily the Nigerian Senate's rejection of Ms Lauretta Onochie, a Presidential aide, as a Commissioner of the Independent National Electoral Commission (INEC) should be a victory for democracy and for Nigerians in general. It ought to have signposted a refreshing hope for the increasing role of public opinion and social advocacy in the continuing struggle to shape and enthrone democratic ethos and tenets in our polity.