By Year
By Month
By Week
Today
Jump to month

Save iCal
KNIFE CRIME – cut it out! 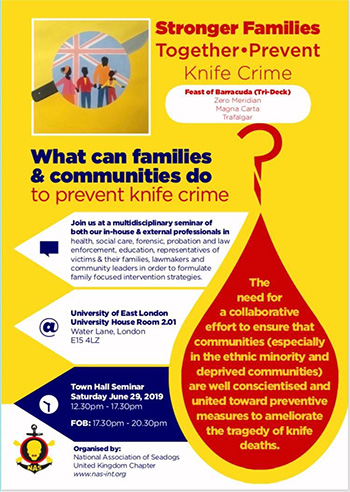 The knife crime initiative, a project mooted by National Association of Seadogs(Pyrates Confraternity) UK chapter, came about as a result of the rising profile of knife crime amongst ethnic minority children and adolescents in London and other cities across the UK.

This promises to be a mid-blowing experience so join us on Saturday 29th June 2019 at the University of East London, Walter lane, London E15 4LZ. A tri-zonal Feast of Barracuda event will round up proceedings for the day!