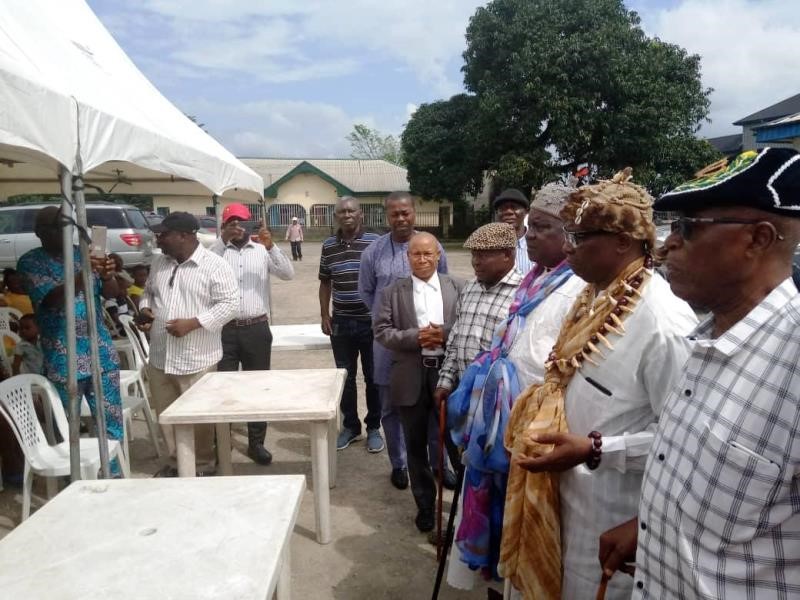 The National Association of Seadogs, also known as Pyrates Confraternity, has offered free medical treatment and drugs to over 400 persons in Calabar, Cross River State.
Paramount Ruler of Calabar Municipality, His Royal Majesty, Patrick Oqua-Agbor V, who declared the medical outreach open at the Primary Health Centre in Ikot-Ansa, Calabar, said the gesture was a welcome development, especially for indigent residents.

He told the beneficiaries that “I am happy within short notice you came out in large numbers. Invite your neighbours, your sisters and others to come and take advantage of the free medical treatment.”

The paramount ruler also called on the World Health Organisation to place more emphasis on birth control pills involving men because they are responsible for the high level of procreation rather than the women who get pregnant once in nine months.

The National President of NAS, Mr Kwaghbunde Gbahabo who spoke through the National Secretary, Mr John Nya said they have been conducting such free medical services in the past ten years through funds sourced from their members.

He said it was part of their efforts to reduce the burden of the society and as their corporate social responsibility.
Ghahabo also said more groups should emulate them as government alone cannot offer medical services to the people.

Secretary of the health committee of NAS, Dr Odoemene Chiazor said at N3 million was being spent on the medical mission.

Most of the beneficiaries were women, the elderly and young persons who were examined and given advice on various health challenges by doctors from the University of Calabar Teaching Hospital as well as the state government PHC in Ikot-Ansa.

Some of the patients were treated for ailments such as arthritis, eye defects, typhoid, malaria, body pains, blood pressure and medicine given to them for treatment.
A beneficiary, Mrs. Idara Sylvester said, “The free medical treatment is a good thing. It has assisted those who do not have money to treat themselves. The government can’t handle everything. I thank NAS and pray to God to bless them.”

Another beneficiary from the community, 80-year-old Enang Eso, commended the association and urged other groups and government to regularly conduct such medical missions as it helps the elderly and those who cannot afford to pay for medical services in hospitals.