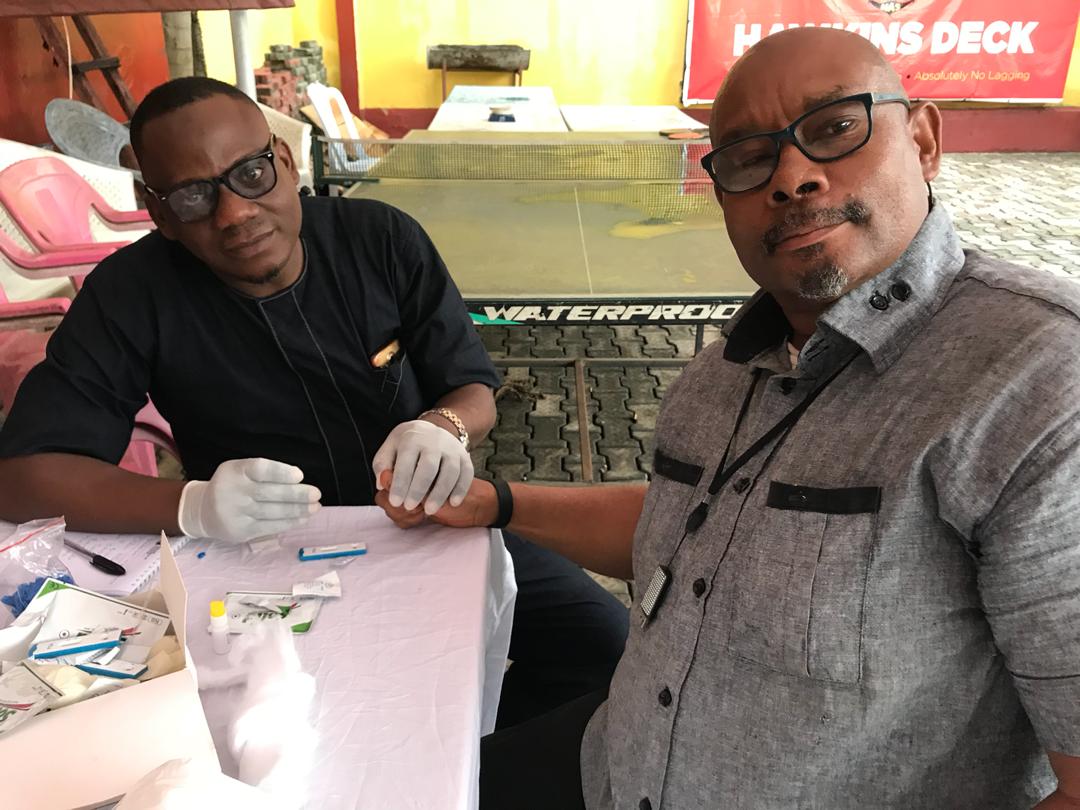 The world Health Day, a global health awareness event, was commemorated 7 April 2019. The date, which incidentally coincides with the founding of the World Health Organisation in 1948, has this year’s theme as Universal Health Coverage for all.

The theme became imperative as millions of people all over the world especially the developmentally challenged nations of the world; still have no access to basic healthcare.
As part of its corporate social responsibility, The National Association of Seadogs, Pyrates Confraternity, long ago, established the NAS Medical Mission which sole objective falls in line with this year’s theme of universal health coverage for all. The NAS medical mission is a quarterly event with the vision of reaching indigent Nigerians with quality healthcare and mainly targeted at remote rural communities where treatments are offered on the spot for non-referral medical cases ranging from dental, ophthalmological to out-patient treatments. As part of its celebration of this year’s activities, the mission carried out a Prostate cancer awareness and Prostate Specific Antigen, PSA, screening in Alimosho Local government, the largest local council in Lagos State, under the aegis of its Lagos State branches, hosted by Hawkins Deck, its Alimosho/Agege chapter.
The health talk and screening was anchored by the erudite scholar and Consultant Urologist of repute, Dr. Ogundiniyi Olurotimi, M.B.B.S, F.W.A.C.S,
Head of Department of Surgery, University of Medical Sciences, Teaching Hospital, Ondo, Ondo State. He informed those present for the Free screening exercise about the importance of regularly checking their PSA levels especially those above 40 years of age, as according to him, prostate cancer is one of the leading cause of cancer related deaths worldwide in men only second to lung cancer. He also added that here in Nigeria, it’s the number one cause of cancer related deaths in men. The University of Lagos Teaching Hospital, LUTH, estimated hospital incidences, for instance, presents a ratio of 127 per 100,000 men.
Speaking at the event, Dr. Ogundiniyi, described his involvement in the programme as part of his contribution toward the attainment of universal health coverage in the country.
“Not many people in this country have access to healthcare and experienced healthcare practitioners so when I was approached by this organization to be part of this free screening programme, I saw it as part of my contribution in giving back to society, not minding the distance between Ondo and Lagos” he stated.
Commenting on the exercise, Uchenna Nnoli, the Regional Vice President, Lagos, of the non-governmental organization, stated that the medical mission programme remains a cardinal high point of the current executive of the organization, which focus is on well articulated advocacy programmes for the benefit of the humankind.

Also speaking at the occasion, The Capns of Panama and Hawkins Decks, the organisation’s Ikeja and Alimosho Chapters, Godstime Awoze and Chuks Onwudinjo, respectively expressed their appreciation to Dr. Ogundiniyi, for making the event worthwhile for residents of Alimosho.

They added that the screening exercise will continue quarterly till the end of the year to reach as many people as possible.

Natl Association of Seadogs The President Muhammadu Buhari administration should be reminded that tolerance of dissenting views is a fundamenta… https://t.co/fWdBesm6hH

Natl Association of Seadogs The DSS would be better employed in solving the myriad of security challenges facing the country rather than turnin… https://t.co/UhFKmtBmUL