On March 7th 2020, Area 02 (comprising the Houston , Atlanta & Dallas/Oklahoma/Arkansas/Louisiana Chapters ) had the First Area Feast of Barracuda (FOB) in Dallas, TX .
The Regional Vice President, Ade Okeowo was the Chief host and represented the NAS Capoon.
The Theme for the Area FOB was ‘Domestic Violence in Immigrant Communities, Part 2’. 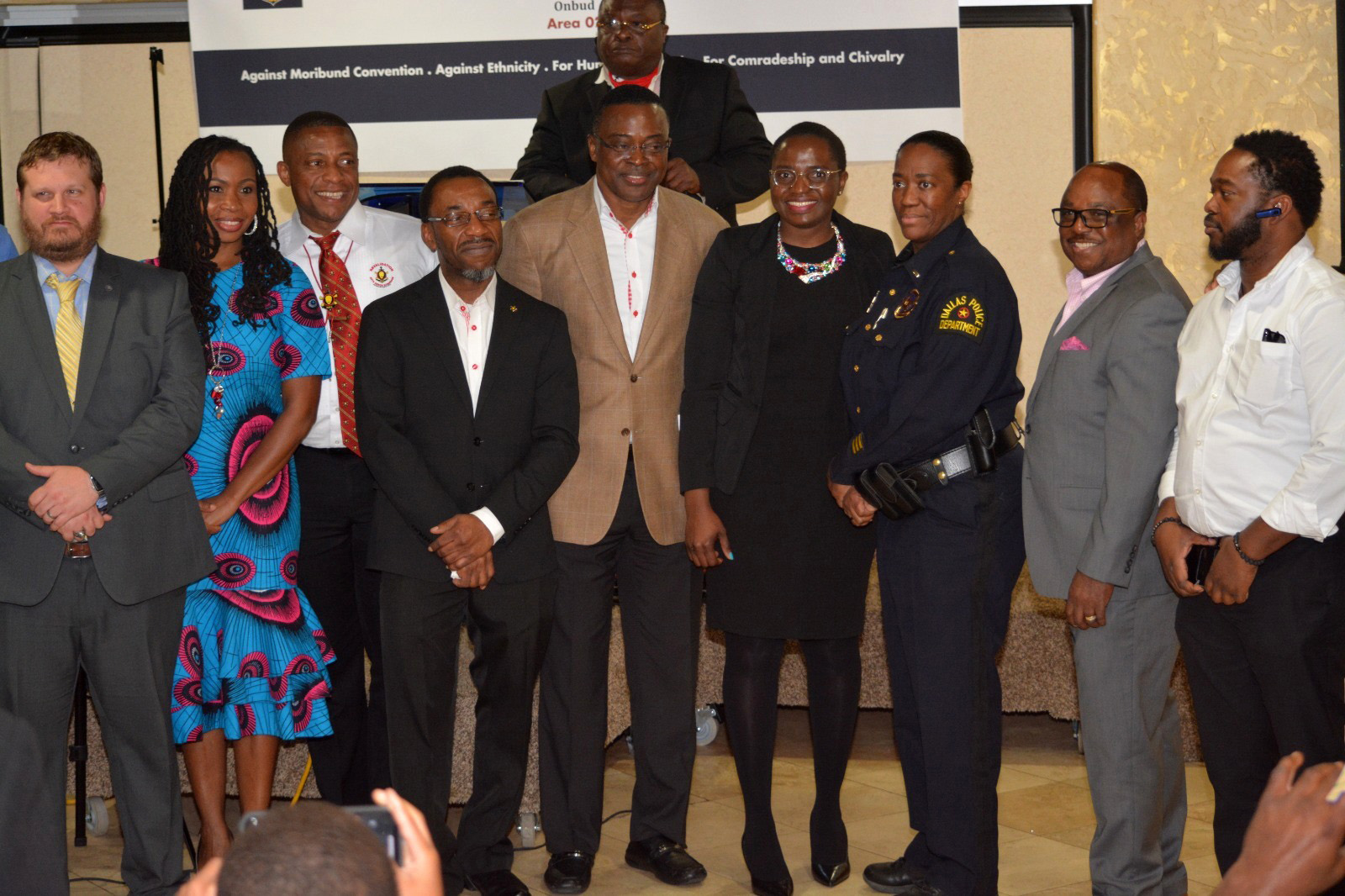 The panelists/presenters were:
1. The Guest Speaker - Ayayi Fubara-Eneli, Esq with longstanding social advocacy work in the community on the subject/theme alongside many others,
2. Pastor C Okonofua who besides being in the Public Safety services is also a pastor with firsthand experience of these issues. He also wrote a post graduate thesis that relates tangentially to the theme
3. Karinatei Leghemo, Esq with a practice in Family Law & in-depth experience on the subject presented quite an insightful & educational piece,
4. Lt. Polly Ashford, Head of the Dallas Police Departments’ Domestic Violence Unit and
5. Det. Andrew Fifield, an Investigator with the Domestic Violence Unit of the Dallas Police Department; whose joint presentations let participants into the law enforcement officers’ perspective of Domestic Violence (DV).

1. Cultural differences & inadequate understanding of the legal & law enforcement systems, protective laws & regulations; & the existence of support groups put victims of Domestic Violence (DV) in Immigrant Communities at high risks of not seeking help early , further exacerbating their abuse & victimization
2. Whatever any cultural differences or justifications may be, no laws of the jurisdictions of domicile (at least here in the United States) will consider as a mitigating factor acts of abuse or violence against household members as a cultural means of showing affection. An example being a wife slapping the husband as a cultural means of affection in a DV report/case.
3. The speakers brought the onus home to us (NAS) by noting that our organization being a male oriented fraternity have the power to create a societal reorientation to this increasing malady in our immigrant communities by curtailing & reducing events like such amongst our membership for starters.
• The organization must have a moral justification upon which to mount rostrum of championing such ills as this by doing its own due diligence in-house
• The speakers strongly encouraged us to review our laws/statutes for provisions restricting/denying membership to perpetrators of DV. If none are existent, it will bode very well for our moral stand against injustice & engender stronger & healthier family units to consider such.
4. Most DV victims are women & /or children
• To break the cycle of DV adults in the home/family need to seek help so the children do not end up in similar situations. Research has shown that children growing up seeing a parent abused most likely find themselves in similar situation(s); either being an abuser or the abused in their subsequent marriage/relationships later in life. Simple reason being, Domestic Violence (DV) is what they grew up knowing a "NORMAL RELATIONSHIP" to be.
5. The cycle of Domestic Violence needs be broken NOW!!!
6. DV affects men as it does women. The same support groups & legislations serves to protect & assist them.
7. Encouraged by the choice of topic in a community not comfortable with discussing intra-marital disputes. Encouraged the Confraternity to persevere & continue expanding our community outreach base to advance the message towards which they're willing to partner with us

All in attendance agreed on the need to BREAK THIS CYCLE of growing Domestic Violence in Immigrant Communities, Now to preserve our FUTURE

The Regional Vice President and the three Chapter Chairmen presented the panelists with plaques at the end of the event in appreciation of their efforts in community advocacy.