No sooner had I written an article here on Sahara about the rise in the number of rape incidents in Nigeria only to learn that Nigeria's House Senate wants to literally legitimise paedophilia in Nigeria by altering section 29(a) of our constitution which stipulates that a woman shall not be qualified for marriage until she attains 18 years of age.

The recent surge of rape and molestation in Nigeria seem to have sparked my interest, especially because I was a repeat victim of this societal degradation; yet the lackadaisical attitude with which this menace is treated is disturbingly sad. Culprits seem to have graduated from committing this act secretly to videoing the scene and broadcasting it for the world to see.

Is Nigeria Fast Becoming the Women Rape Capital of Africa?

Barely a day now goes by without one reading the sad news report of yet another rape atrocity on women in Nigeria! This madness is now getting to such an extent that even the already pathetically useless, badly trained and incompetent Nigeria Police Force (NPF) who so happens "to be our friend" do almost little or close to nothing in prosecuting alleged suspects of rape. They just do not have the training even on how to handle victims. The male members of the NPF who attend to rape reports and thus victims are so crass it is unbelievable!

Refugees at Peace Time: Mosquito Nets and why Malaria is still an issue

There is a malaria TV advertisement starring David Beckham. The great footballer soliloquizes about how he never misses a free kick when he is in the 'zone'. Placing the ball outside the 18 yard, he fires a shot which curves and hits a hapless stadium worker crossing the goal area. At the end of the advert, the words, 'we need nets appear boldly'. The ball obviously signifies mosquito or malaria and the hapless stadium worker the victim. Or the African.

Lessons to Learn from the Resignation of Pope Benedict XVI

Pope Benedict XVI stunned the world's one billion Catholics and the entire world on 11 February, 2013 with news of his resignation! He had only been Pope for less than eight years; and here he was, giving up an office that he had the right to hold onto from the date of his election until his death!

Time to Adopt the American Model on Indigenisation 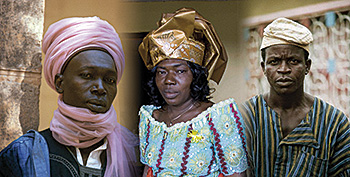 Nation building is not a trivial issue. It is an enterprise that demands serious efforts borne out of deep reflection and reasoned approach by those entrusted with the onerous task of fashioning and designing a working and fully functional polity. Most of the mature democracies whose societies and political systems we attempt to copy brought out the best among them to structure a polity and governance mechanics that has stood the test of time.

Recently, Nobel Laureate, Professor Wole Soyinka, scored another 'first' by being the recipient of the maiden Obafemi Awolowo Prize for Leadership, instituted by the Obafemi Awolowo Foundation for people, who have imbibed the core values that the late sage represented.

Natl Association of Seadogs RT @NCDCgov: We have expanded the number of labs with the capacity to test for COVID19 to 6 with the inclusion of the Virology Laboratory…

Natl Association of Seadogs RT @pterigoid: Obeying all prescribed precautionary measures is the beginning of wisdom. The virus does not move but our movement moves the…