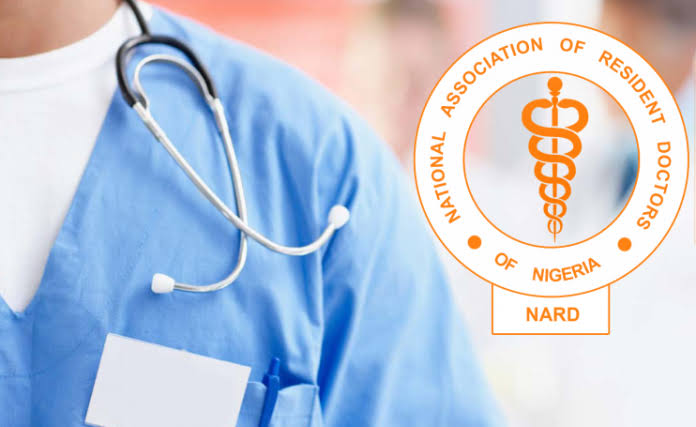 The ongoing industrial action by the National Association of Resident Doctors (NARD) was clearly avoidable and most regrettable. According to the leadership of the association, it took the union 113 days of cold shoulder treatment and no sign of seriousness by the Federal Government to honour the Memorandum of Agreement (MOA), signed in April, 2021 before the association was forced to withdraw its members’ services.

The grievances of NARD centre around the failure of the government to fulfil its promises on the payment of salary arrears, hazard allowance, medical residency fees, insurance for doctors who died from Covid-19, acute manpower shortage, decrepit medical facilities, and general neglect, which are well documented.

The National Association of Seadogs (Pyrates Confraternity) salutes the patriotism exhibited by the leadership of NARD and its members in the face of acute insensitivity, on the part of the federal government, to its plight. It is gratifying to note that these doctors, some of whom are just out of University, have worked for months without pay, saving lives and giving hope to Nigerians who are in dire need. It is bewildering that, despite being aware that resident doctors constitute a critical element of healthcare delivery in the country, the federal government could not prevent this industrial action by fulfilling an agreement it voluntarily signed. It is irresponsible and dishonourable to habitually break promises made to employees. More baffling is that the government would allow this shut-down by resident doctors in the midst of a third wave of the Covid-19 epidemic and an outbreak of Cholera which, according to the Nigeria Centre for Disease Control (NCDC), as at August 17, 2021 claimed 1,178 lives in 23 States and the Federal Capital Territory (FCT). Nigerians are dying needlessly as the effects of the strike bites harder.

We are greatly concerned about the continued tactlessness of the Minister of Labour and Productivity, Dr Chris Ngige in handling the ongoing negotiations with NARD. His recent public statements are illogical and his resort to threats is wholly inappropriate. In 2021 alone, doctors have declared industrial action three times, for the same reason: failure of the federal government to honour the agreement it signed. Under the current administration contrary to promises it made before it was elected in 2015, Nigeria has consistently lagged behind other countries in objective health indices. Nigeria was ranked 142 in a study from 2018 in the Lancet of Global Health Care Access and Quality which looked at 195 countries around the world. Also the 2018 Health Access Quality (HAQ) index which measures the quality and accessibility of healthcare, ranked Nigeria 187 out of 195 countries. The 2018 World Health Organisation data on life expectancy ranked Nigeria 178 out of 192 countries. A Survey from the Africa Sustainability Index launched by the FutureProofing Healthcare Initiative at the 2021 Africa Health Agenda International Conference (AHAIC), ranked Nigeria 14th out of 18 African countries with the worst healthcare system.

Many of the trained doctors from Nigeria seeing no hope on the horizon have opted to leave the country. A NoI Poll conducted in 2018 indicated that 88 per cent of doctors trained in Nigeria are willing to relocate to Western countries to practise medicine. The website of the General Medical Council in the United Kingdom has 8,384 Nigerian trained doctors on its register, as at May 2021. The recent viral video of over 500 Nigerian doctors including consultants participating in the recruitment programme of the Ministry of Health of the Kingdom of Saudi Arabia captures vividly the tragedy that has befallen Nigeria.

To reverse this trend and urgently too, President Muhammadu Buhari should take immediate charge of negotiations with NARD and ensure the implementation of agreements reached. Dr. Ngige should change his attitude of confrontational grandstanding, at the expense of the lives of vulnerable Nigerians and withdraw the case instituted by the Ministry of Labour at the Industrial Court, in order to create a conducive atmosphere for negotiation and resolution.

The Resident Doctors are not making extraordinary demands. The monies being owed are pittance, compared to the huge public funds committed to wasteful ventures by the government. President Buhari should seize the opportunity of the 18 months left of his tenure to leave an enduring legacy in the health sector. He should ensure that the health sector is allocated the required 15% of the total national budget, as contained in the Abuja Charter agreed to by African Union members in 2001. This would go a long way to address some of the fundamental problems bedevilling the health sector. It is not too late for the President to act.