President Buhari, please listen to the voices of reason 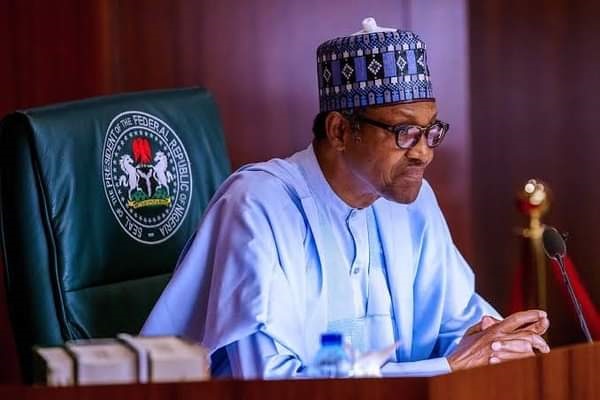 The Southern Governors Forum comprising 17 Governors from Southern Nigeria met recently in Asaba, Delta State to deliberate on burning national issues. Following the meeting, the Chairman of the Forum, Governor Oluwarotimi Akeredolu of Ondo State read a 12-point communiqué which essentially captured the current fears and pains of most Nigerians stemming from the perilous state of our country.

The communiqué discussed the incursion of violent criminals in the southern states, in the guise of cattle herders, and declared the imperative for the ban of open grazing of cattle in the affected states. It also touched upon the widespread agitation for inclusiveness in governance, the continued clamour for political restructuring of the country and devolution of powers, decentralising policing, as well as the urgent need for President Muhammadu Buhari to address Nigerians to allay their fears regarding the increasing wave of insecurity across the country.

The issues highlighted in the communiqué were familiar issues that have been raised by eminent Nigerians, legislators, socio-political groups, religious leaders, traditional rulers, and civil society groups including our own organization, the National Association of Seadogs (Pyrates Confraternity).

There is no country without foundational challenges and growth pangs, the difference however is that while responsible leaders stand up in times of great crisis to rally their countrymen behind a well-articulated common purpose; President Buhari has been perpetually invisible in the public space at this most critical moment in the life of our country.  The President’s obvious refusal, or inability, to perform the routine task of addressing Nigerians on urgent issues affecting the citizenry, especially the seemingly intractable insecurity in the country, and the centripetal forces driving its peoples apart, strongly suggests an utter indifference and arrogant disdain towards the citizenry.

The protracted security challenges in the country have impacted negatively on so many facets of life including food production. According to the National Bureau of Statistics (NBS), food inflation stands at 23% without a corresponding increase in the purchasing power of the citizens. NBS puts total inflation in the country at 18% and the unemployment rate at 33%. These distressing economic indices in the midst of acute social discontent are a recipe for socio-economic disaster.

It is indefensible for President Buhari to continue to outsource his presidential responsibilities to his spokesmen. He should wake from his slumber, shake off the inertia of his Presidency and lead this country out of the present chaos by listening to the several voices of reason calling on him to discharge his responsibility as the President.

We reiterate our support for the idea of restructuring Nigeria with a view to promoting true federalism in relation to both governance and public revenue expenditure as clearly articulated in the Memorandum that we submitted to the National Assembly Committee on the Review of the 1999 Constitution.

Furthermore, we recommend that the President Buhari administration dust up the report of the 2014 National Conference to distil the recommendations that are in tandem which the recommendations submitted in 2018 by the All Progressive Congress (APC) committee on restructuring headed by Governor of Kaduna State, Nasir- El- Rufai, for possible implementation.

More importantly, President Buhari should demonstrate leadership and personally engage with Nigerians on the challenges confronting the country, principally on the activities of non-state actors and their vicious grip on the six zones in the country.

Many Nigerians live in fear and the majority have lost faith in the ability of the government to protect them. President Buhari needs to restore confidence by providing the required presidential leadership. He should listen to the voices of reason, before it is too late.