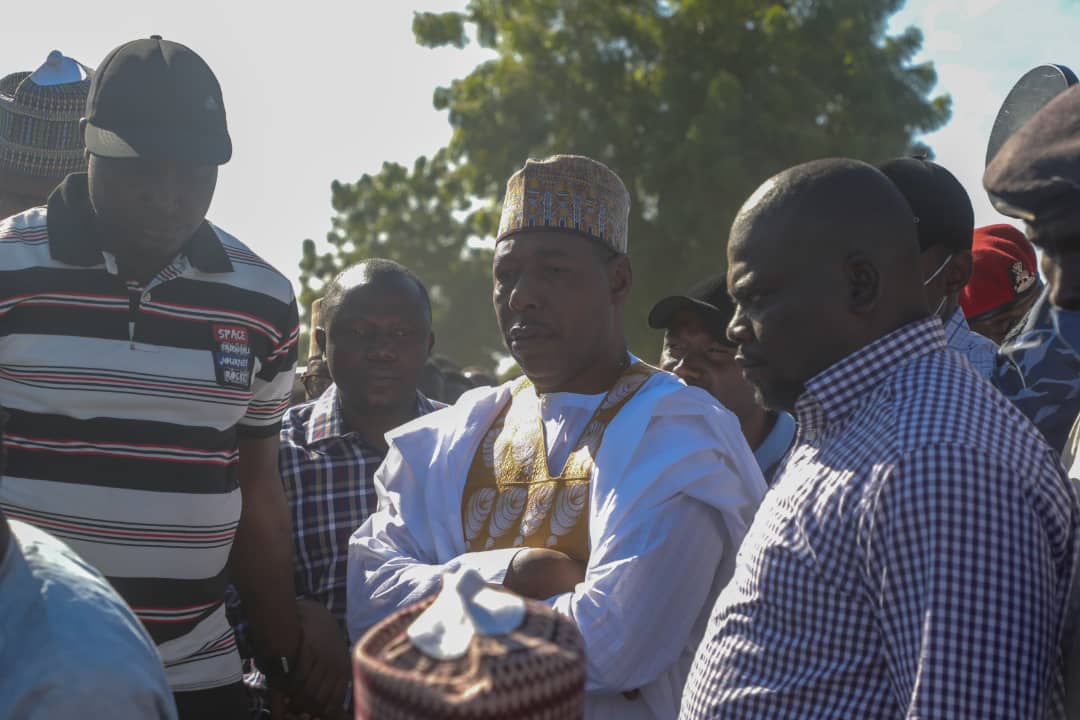 The news of the gruesome murder, by terrorists, of 43 farmers on rice fields at Zabarmari, Jere Local Government Area of Borno State in North Eastern Nigeria, is shocking and saddening.

Saturday's attack, the latest in a seemingly endless cycle of murders in the north east especially, and in other parts of Nigeria, represents one of the most barbaric mass executions since the beginning of the insurgency. This unchecked rampage of terrorists poses a continuing challenge to the Nigerian State and its security organs in combating the menace. The situation is increasingly becoming one of despair, with no solution in sight as swathes of territory are daily coming under the control of marauding Boko Haram terrorists and other sundry armed bandits.

We condemn unequivocally any actions or inactions that lead to the loss of life and property of any Nigerian citizen or resident. The Nigerian authorities need to redouble their efforts and be more creative by introducing a revised and comprehensive security strategy in order to assert the sanctity of the lives of our compatriots, and preserve the nation's territorial integrity.

The chain of accountability stretches from the frontline troops right to the top of the security apparatus and political leadership at all levels. The greater responsibility lies with the military high command and the political authorities. The continued murderous breaches of our country's security call for serious concern geared towards an urgent appraisal of the current strategy which is obviously not working, realignment of personnel and other resources to improve what has become an unbearable situation.

In that light, it is exigent that the President Muhammadu Buhari administration summons the required political will to change the current Service Chiefs with new determined, and purposeful military leadership. The selection should be, strictly, on the basis of professional competence, that would bring in fresh ideas and tactics, especially on intelligence gathering, to help curb the travesty that the handling of the Boko Haram insurgency has become. In the same vein, more concerted effort must be made to address the root causes of the insurgency which mainly concerns the lack of strategic human development programs and opportunities.

The Federal Government of Nigeria is reminded of its constitutional obligations to protect the lives and properties of Nigerians. Continued boisterous rhetoric of the government in the face of its continued failure in fulfilling its most important obligations to Nigeriansis no more acceptable. Excuses and condolences can no more be the fulcrum of Government's response to the wanton loss of lives and property as has been witnessed in the North-East, North-West, and other parts of Nigeria in recent times.

Considering  the increasingly devastating regional scale of Boko Haram's operations and activities, we urge Government to seek the support of friends of Nigeria towards assisting our efforts in ridding our nation and region of this violent infliction, seemingly rooted in a worrying confluence of domestic theocratic bigotry and regional terrorism.

We urge all Nigerians to remain resolute in defiance of these terrorists, their sponsors and collaborators. We must be united in advocating and acting for the safety and security of all Nigerians across the geopolitical delineation of our country. To this extent, the innocent blood of the 43 rice farmers of Zabarmari, must compel national empathy and unify our voices in resolutely demanding: #SecureNorth!

Our collective will shall prevail.