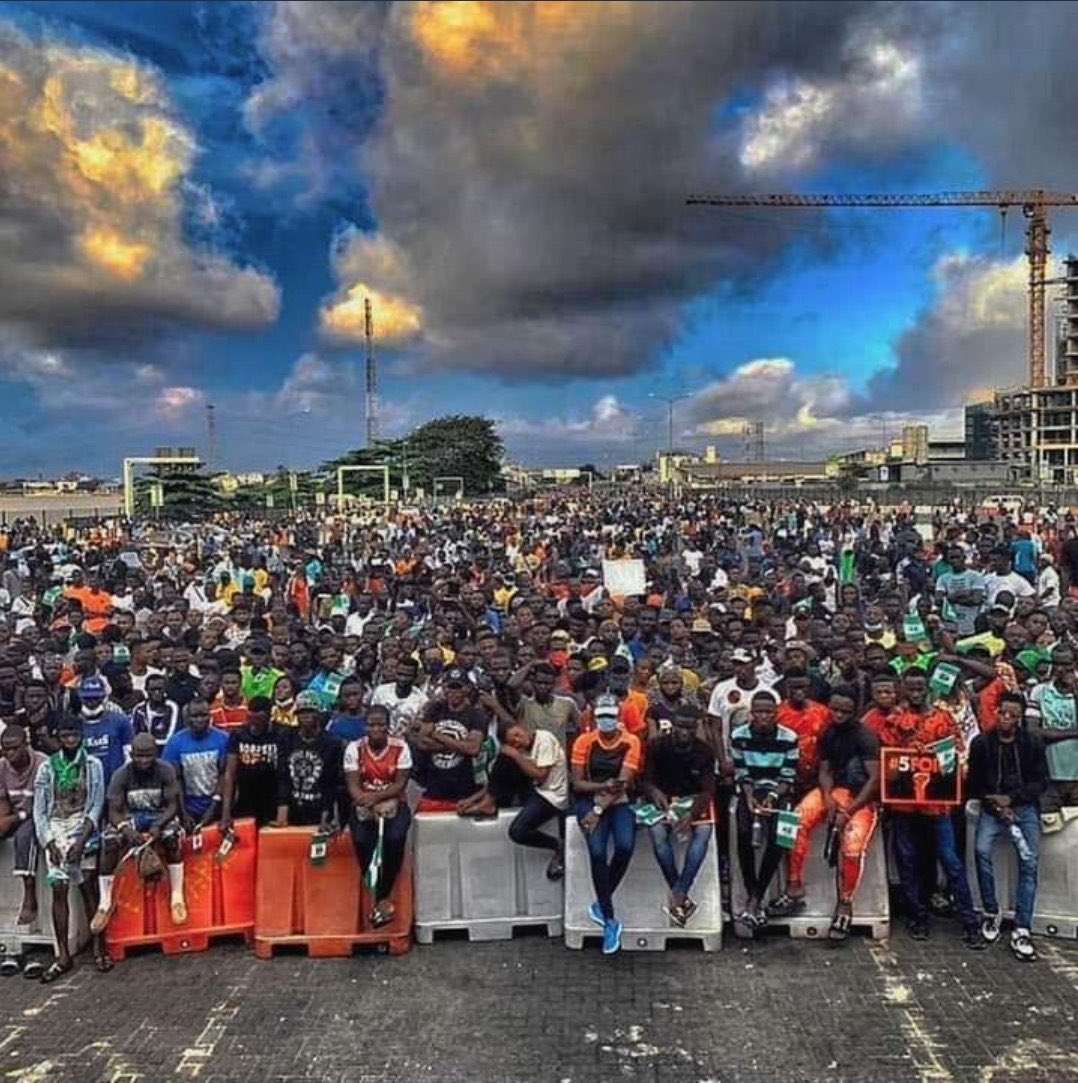 Documented evidence is in the public domain on the peaceful, well organised and coordinated conduct of the #EndSARS protesters. Exercising their rights as guaranteed by Section 40 of the 1999 Nigeria Constitution, they were lawful during the protests which spanned two weeks, speaking up against police brutality and extra-judicial killing.

It is therefore extremely distressing that the Federal Government who, not only acknowledged the constitutional right of the protesters, admitted the protests were peaceful and initially acknowledged the legitimate demands of the peaceful #EndSARS protesters by proceeding to accede to the demands, would do a complete volte-face accusing them of some nebulous crimes bordering on terrorism and regime change.

Curiously, at a time when the economy of Nigeria is tottering, food prices beyond the reach of the masses and famine looms over the country, in part due to the unrestrained attacks on farmers by terrorists and bandits, the Central Bank Governor found it more salient to approach the Court to freeze the accounts of peaceful protesters. Even more baffling is the fact that the Judiciary which is the last hope of the common man would appear to be in cahoots with an institution of government to trample on the rights of Nigerians and punish the innocent citizens demanding the end to police brutality and better governance unjustly.

The hounding and persecution of people connected with the #EndSARS protests have depicted this government as hostile to dissent, unconcerned by the suffering of the people and opposed to the calls for good governance. Besides, it appears the government has left the obvious fight against terrorists and bandits who, time and time again leave trails of blood and wanton destruction across the length and breadth of the country, to now target innocent Nigerians whose only crime was calling for an end to oppressive policing.

It is puzzling that government, while apparently taking some steps to convince the youths to trust it by establishing Judicial Panels of Inquiry across many states to hear cases of police brutality, has also resorted to surreptitious plots that could nullify all efforts made so far towards resolving the crisis of distrust. In fact, its recent actions appear to lend credence to allegations by Nigerians that this government thrives on misinformation, lack of transparency and propaganda.

The latest sequence of vindictive measures being unleashed by institutions of government against perceived enemies of this regime threatens to take us back to the military days. There is no justifiable reason under a democracy, especially one where the rule of law persists, for the recent actions of the government of Nigeria.

1. We call on principal officers of different government institutions to resist being party to the harassment and intimidation of innocent Nigerians.

2. We call on the Federal Government to direct its agencies and institutions to stop forthwith the harassment of partakers in the #EndSARS protests.

3. Flowing from the above, we also call on the CBN to immediately unfreeze the accounts of the #EndSARS supporters.

No amount of intimidation can silence the voice of Nigerians. Nigerians fought with their sweat and blood for this democracy and are prepared to defend their right to protest against impunity.