DEMOCRACY UNDER SIEGE: DRAMA AT THE NATIONAL ASSEMBLY 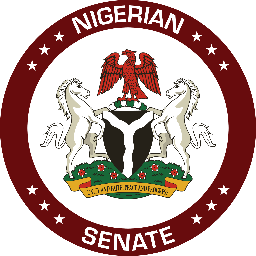 The National Association of Seadogs, Pyrates Confraternity finds it very disquieting that operatives of the Department of State Security Service (DSS), will barricade the entrances to Nigeria’s bastion of democracy, the Federal House of Representatives and the Senate Chambers,

forcefully preventing members access to both houses to carry out their legitimate legislative businesses.

It is instructive to note that this disruption of legislative duties occurred exactly 2 weeks after a previous attempt by operatives of the Nigerian Police to also block the Legislative chambers on Tuesday, July 24, 2018 failed to prevent a convening of the houses and subsequent mass defections by 51 members of the National Assembly.

These unfolding dramas demonstrate the desperation for power across the political divides and continues to feed the flames of a polity already consumed by impunity, endemic corruption and pervasive insecurity.

We expect that 6 months to a general election, the entire national media space will be inundated with issue-driven discussion about the myriad socio-political and economic challenges bedevilling our country today but that is as far from the case as the imagination can stretch. This predictable and hasty drive down the road to perdition can only be prevented if Nigerians can unite against our common enemies: indiscipline, ethnicity, tribalism, nepotism and religion.

We commend the reported remedial actions of the Vice President; Professor Yemi Osibanjo as welcome news. What is left now is for government to dig deep, identify all those responsible for the orders for these blockades and bring them to account for their actions in accordance with the law. Holding the perpetrators accountable is imperative to forestalling future occurrence, especially, given that disruptions of this magnitude do not only send signals of instability to the global community but impact adversely on Nigeria's market economy.

Finally, as the general elections approach, every well meaning Nigerian must work with civil society to commence a vigorous interrogation of government policies and how they have impacted social and economic development. It is only by asking pertinent questions and demanding accountability that we can retrieve our country from the precipice.

The time to start is now!