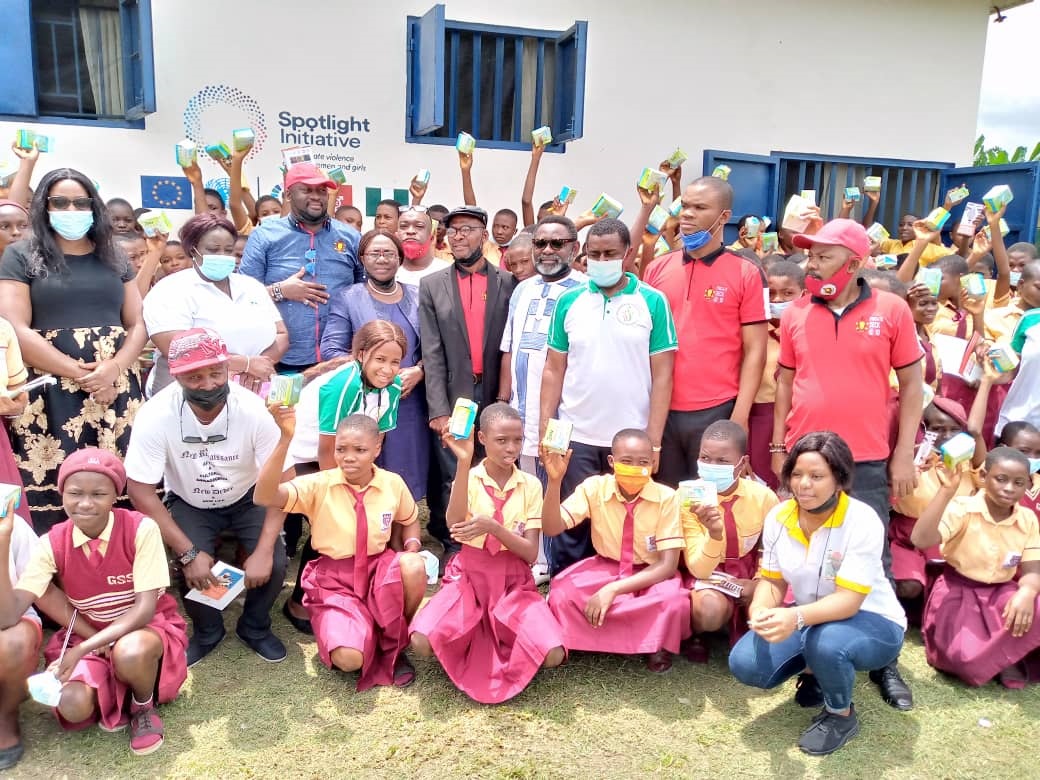 The National Association of Seadogs, NAS, Pyrates Confraternity has urged the Cross River state government to enforce the Girl-Child Marriages and Female Circumcision (Prohibition) Law of 2000 and to bring culprits to book.

The President, NAS Frigate Deck, Chief Koko Henshaw, said this in Calabar, Monday while donating sanitary pads to female students of Government Secondary School, Henshaw Town, Calabar to mark 2021 International Day of the Girl Child which had the theme ‘Digital Generation, Our Generation.’

Chief Henshaw said, enforcing the law would serve as a deterrent to those who were sending young women to their untimely death or frustrating their destinies through female genital mutilation.

His words: ” We know that the law against female genital mutilation had been domesticated in Cross River but people are still secretly practicing circumcision and by so-doing exposing the innocent young women to severe risk of either bleeding to death or having fistula challenges.

“It is worrisome that the law, which was passed about 21 years ago seem to have no teeth. By the time some persons are jailed, it will serve as deterrent,” Henshaw noted.

On why sanitary pads were donated to the female students, the NAS President said “we are just using this to celebrate with them in this year’s International Day of the Girl-child. We believe the pad would help them in the area of hygiene.

“The focus of our association is to fight the ills in our society and undertake projects that are beneficial to the people. We are also involved in hospitality activities; we give scholarships and also visit orphanages with items.”

A guest lecturer in the occasion, Dr Patrick Ugwu, of the University of Calabar Teaching Hospital (UCTH), who also spoke, advised the female students to understand and study their menstrual cycle.

He warned against unhygienic menstrual practices like the use of torn clothes, leaves and repeated use of the same pad adding that it was unhealthy.

Dr Ugwu enumerated effects of poor menstrual hygiene to include genital tract infections, low self-esteem, anxiety, poor domestic contribution, and therefore charged the students to always make good use of their opportunity in the face of seeming intimidation from the men folk and the society in general.

NAS Frigate Deck is made up of Calabar South and Bakassi local government area of Cross River state.

Natl Association of Seadogs As we commemorate the tragic and epochal events of Oct 8 - 20 2020, we must remember that the ultimate power to rec… https://t.co/x4h1fRUKfV