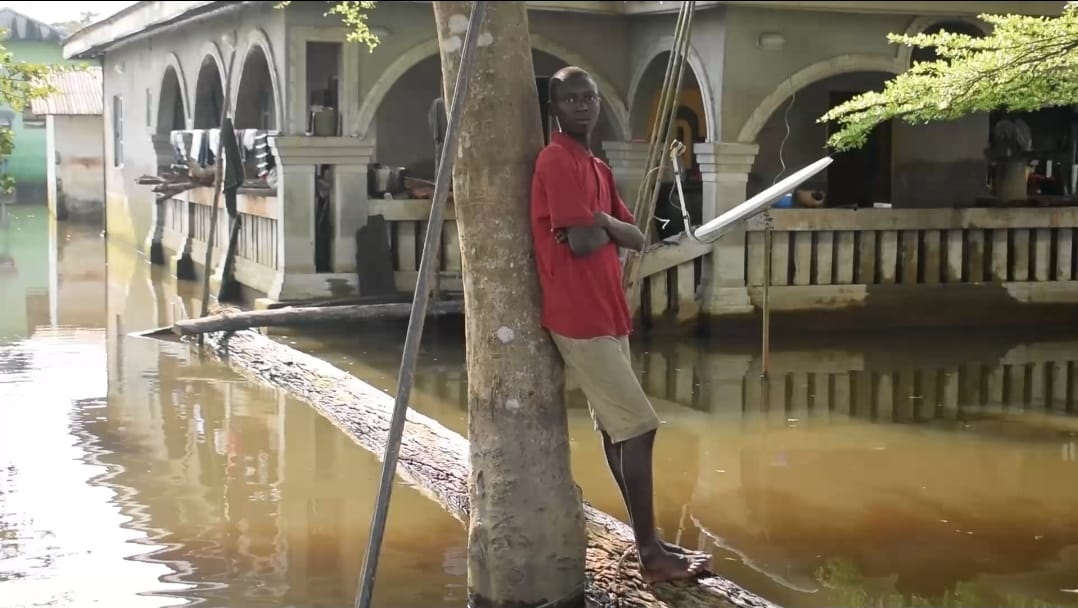 Between July and October 2012, heavy rains combined with rising water levels resulting from the runoff contributed to the flooding of human settlements located downstream of the Kainji, Shiroro, and Jebba dams on the Niger River; the Lagdo dam in Cameroun on the Benue River; the Kiri dam on the Gongola River; and several other irrigation dams. In some cases, the dams were damaged; in others, water had to be released at full force to avert an overflow. The flooding that followed in parts of Nigeria, pushed rivers over their banks and submerged hundreds of thousands of acres of farmland. According to the National Emergency Management Agency (NEMA), 363 people were killed, 5,851 injured, 3,891,314 affected, and 3, 871,53 displaced due to the resulting floods.

July to December each year since 2012, Rivers, Delta and Bayelsa States and in particular, communities along the Orashi River in Rivers State comprising of four Local Government Areas; Abua/Odual, Ahoada East, Ahoada West and Ogba/Egbema/Ndoni, are among the worst hit. These five months of unprecedented annual flooding affects millions of people whose homes, farmlands, schools, health facilities and means of livelihood are submerged throughout these periods. More than 200 villages and towns and communities within the affected areas remain under water several months after. Although, thousands of residents who can afford it have been forced to relocate from the affected areas, thousands of people left without any form of respite or response from government at all levels are still caught in the quagmire each year, battling for survival, and waiting to be rescued.

Our organization National Association of Seadogs (N.A.S), Olympus Marino Deck chapter (Rivers state PH 1 branch) visited the areas affected by the flood several times in 2020, to ascertain the extent of damage done by the flooding and the response from relevant authorities. Shockingly, our findings, (contained in a summarized video footage in a flash drive which is attached to this petition), include that, governments at all levels gave very little or no attention to the flooding and the victims. The poor response may have been either due to poor assessment of the magnitude of the crisis or marked by a lack of political will, resource availability (financial and/or human) and other factors which may also include lack of capacity or share indifference.

This is despite the fact that the extensive flooding and its destructive aftermath in the Orashi region and its inland tributaries have become endemic, recurring almost every year during the rainy season and taking a huge toll on the communities and settlements in that region. In fact, the season climate prediction by the Nigerian Meteorological Agency (NiMet) for 2021 shows that the normal to above normal rainfall pattern in the country will lead to the possibility of isolated flash floods due to increasing high-intensity rainfall at the peak of the season, especially in areas that are naturally prone to flooding. The report further listed Rivers State as one of the states with perennial flooding.

It may have been impossible to effectively respond to such a scale of the disaster in 2012 when we experienced the first flooding, however, prompt action in subsequent years would certainly have minimized the agony.

Our Association has also conducted an analysis of the 2021 budget of NEMA and discovered that there is no single provision in the budget specifically targeted at ameliorating the plight of the people of Orashi area. In fact, sadly, no mention is made of those areas. We think that this is not only a significant slight, it is also an anomaly given the fact that these communities are the worst affected by a disaster which occurs yearly, and deprives them of all their sources of livelihood, sends them on exile into refugee camps and make shift destitute accommodation for months, disrupts the education of their children and bequeaths several diseases of epidemic proportions.

We believe that as a federal government agency tasked with the responsibility of coordinating resources towards efficient and effective disaster prevention, preparedness, mitigation and response, as well as providing relief and rehabilitation, NEMA should be doing a lot more for the flood ravaged communities along the Orashi region in Rivers state.

Recognizing that no amount of hastened speed after the initial paralyses have been done can undo the damage and salvage the untold sufferings faced by the affected population, we have decided to call on your agency to seriously consider immediately taking the following actions to reduce the scale of the impending disaster in 2021;

1.        Conduct an enquiry to determine the character of the flood and ascertain the resulting post-disaster recovery, reconstruction, and resilience needs of the affected communities.

2.        Organize a stakeholders’ consultative meeting to address the annual flooding challenge, its’ devastating effects on the people and economy of the State and how those effects can be minimized.

3.        Develop plans for resettling affected communities ahead of the 2021 floods. This plan should include decent shelter, food, and medication.

4.        Develop and deploy a strategy for ensuring that students and pupils affected by the floods remain in school even when their classes have been cut off by the floods.

5.        Knowing that there is no foreseeable end to the ecological crisis of annual flooding, it is pertinent that NEMA works with relevant stakeholders to produce a detailed long-term strategic response plan which sustainably addresses the devastating conditions of communities along the flood plains of the Orashi area.

The Rivers State chapter of the National Association of Seadogs offers to work closely with your agency as a worthy and willing partner towards actualizing the demanded actions, even as we call for their speedy consideration and implementation.

Natl Association of Seadogs RT @didi_bandit: This promises to be very enlightening. Let's make it a date. https://t.co/vIfkdY7bHo

Natl Association of Seadogs RT @abiola_o: Not to be missed...