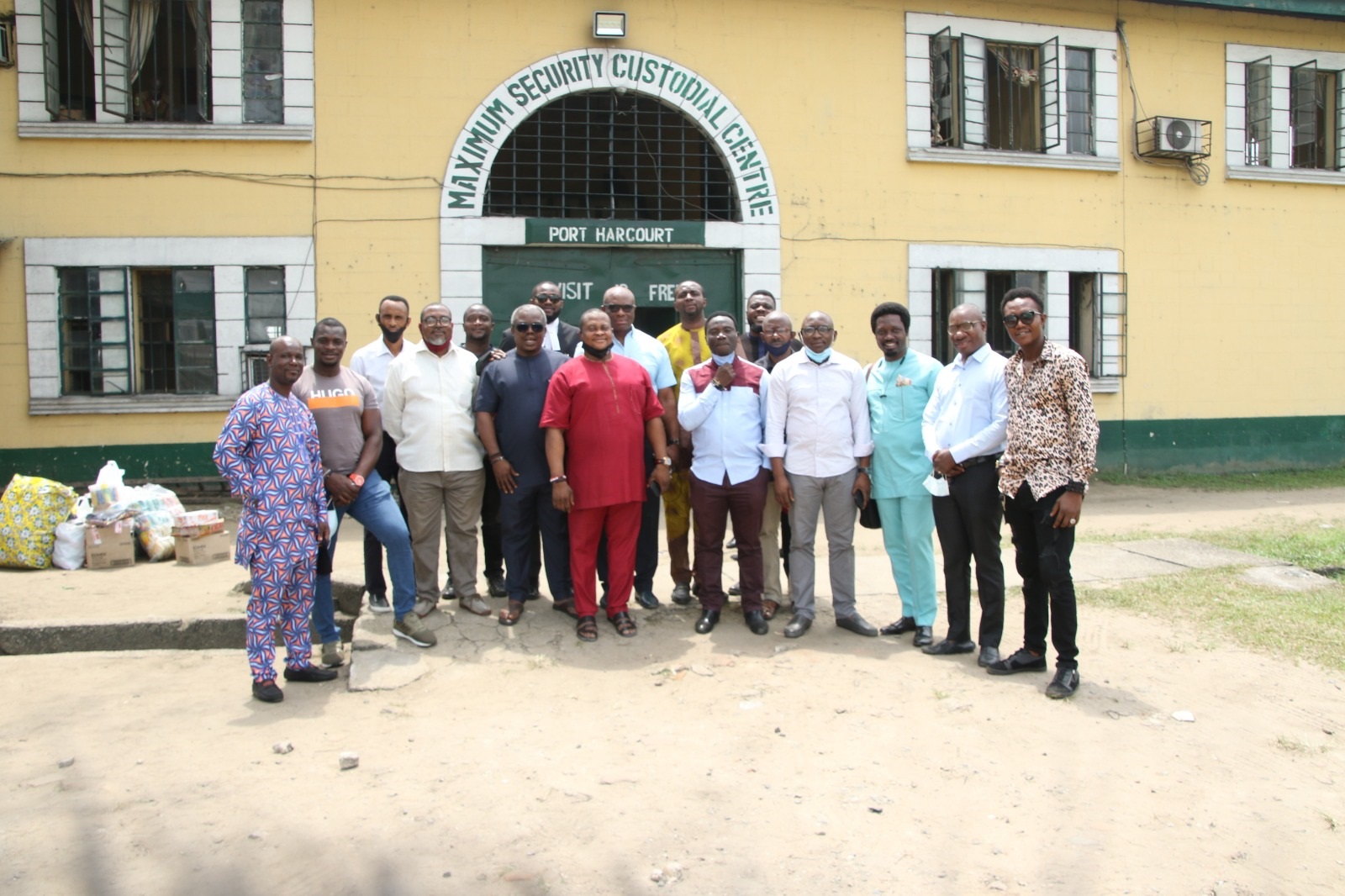 The Port Harcourt Correctional Centre, Port Harcourt, Rivers State has commended the National Association of Seadogs (Pyrates Confraternity) for its donation to inmates of the centre.
The centre also expressed its readiness to partner with the association in the establishment of a library for the benefits of the inmates.

The Controller of Corrections, Mr Paul Wakama who stated this while receiving donations of items from NAS on behalf of the inmates commended the association for its continued contributions to the welfare of the inmates.
The Olympus Marino Deck led by its Capoon, Mr Ken Henshaw had visited the centre as part of its efforts to get first hand information on the impact and extent of the awaiting trial syndrome.

Henshaw disclosed that the legal and advocacy team of the deck would offer pro bono legal services to inmates with pathetic cases in the bid to release as many inmates as possible.
Items donated by NAS includes clothing, toiletries, sanitary supplies for female inmates, inner wears, foot wears and several other essentials.