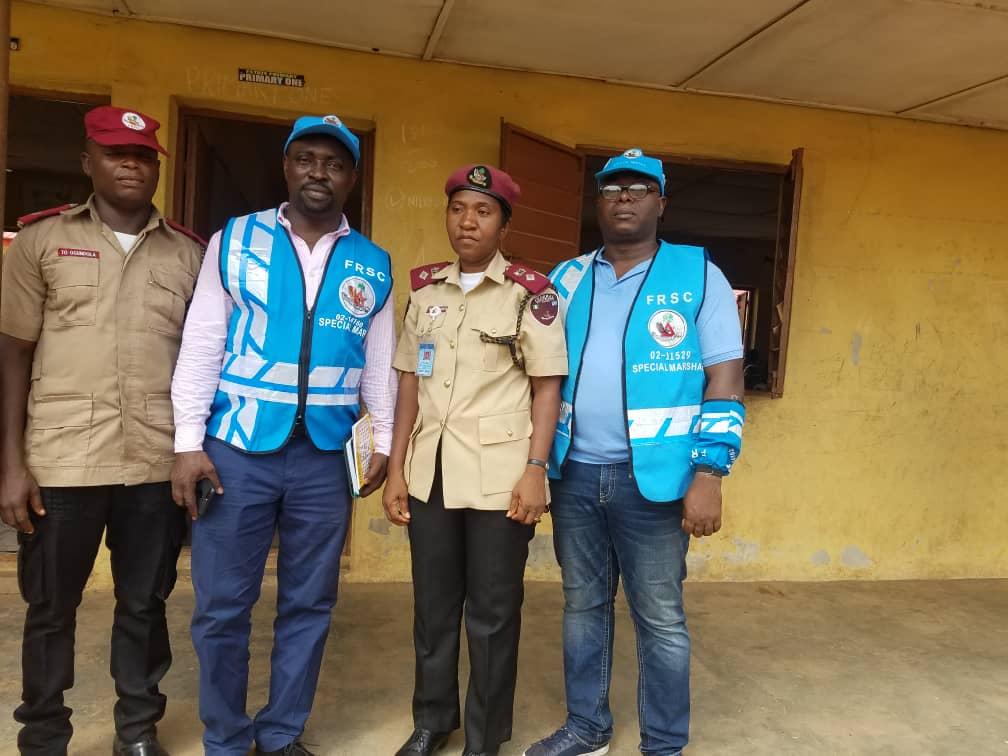 The National Association of Seadogs (NAS), Pyrates Confraternity, says it was making plans to send a presentation to the Federal and State Ministries of Education for the inclusion of road safety into school curriculum.

The Cap’n of the Ikeja Zone of NAS, also known as Panama Deck, Mr. Godstime Awoze, made the submission during a road safety awareness programme for pupils of Estate and Ogba Primary Schools in Lagos.

The programme which was organized by NAS Ikeja Zone of the Federal Road Safety Corps (FRSC) Special Marshal Unit and the FRSC Ikeja Command had selected pupils from the two schools in attendance.

Awoze explained that safety should naturally be a way of life that should be imbibed by children right from their early years.

He lamented that the absence of road safety in school curriculum remained a huge setback to inclusive learning which must be urgently addressed in a bid to reduce the rate of road accidents on Nigerian roads.

‘‘You will be surprised that the teaching of road safety in schools would go a long way in reducing carnages on our roads because children learn faster than adults,’’ he said.

He said the catch them young programme was specially designed and targeted at pupils as a train the trainer initiative, saying what is being thought to the pupils would later be passed on the parents through their children.

The Panama Cap’n explained that the programme was carefully planned to coincide with the ember month campaign of the FRSC,saying the fact that lots of families travel during the yuletide season is a major reason to train the pupils.

According to him, it is not likely for pupils to forget what they are taught with aid, stressing that the pupils as part of their training have been exposed to the meaning and interpretation of various road signs that will guide when on the road.

She said pupils having being taught the importance and meaning of road signs are now expected to walk safe and smarter on roads without hindrance.

Oddi said pupils should endeavour to make use of walk ways where available and avoid walking on road in order not to be knocked down by reckless drivers.

She explained that pupils should watch out for Zebra crossing signs and use same where available, saying they are more safer crossing on such lanes than on just anywhere.

The high point of the event was the distribution of exercise books contacting road signs and the interpretation of same to aid that they have been taught.

Natl Association of Seadogs RT @pterigoid: No better theme for 2020 WHD than this; “Support Nurses and Midwives” We applaud them as the frontline workers @Freddymorgan…